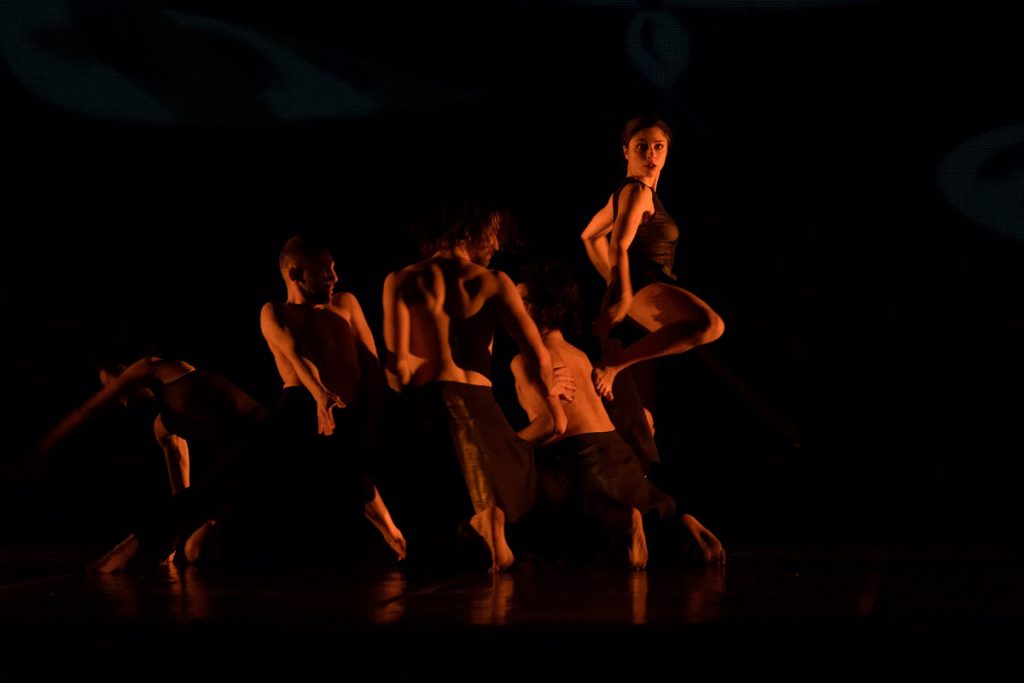 The Teatro Malibran in Venice is tucked away between quaint bridges and narrow streets. Once you track down the 900-seat opera house, hidden in plain sight, you feel like you’ve just uncovered a hidden treasure. Company Točnadanza’s one-night engagement at the Malibran, to dance “Peggy Untitled” – Dedicated to Peggy Guggenheim, also contained hidden treasures – if you looked closely enough to find them.

“Peggy Untitled” is a poetic, impressionistic tribute to the enigmatic Peggy Guggenheim. After a debut at the Ravello Festival in 2018, Točnadanza revived the work this year to commemorate the 40th anniversary of Guggenheim’s death and the 70th anniversary of the exhibition of her art collection at the XXIV Venice Biennale. Under the artistic direction of choreographer Michela Barasciutti, six dancers rotated through vignettes inspired by five works in the Guggenheim collection: Pablo Picasso’s On the Beach, Miró’s Seated Woman II, Max Ernst’s The Antipope, Jackson Pollock’s Alchemy and René Magritte’s Empire of Light.