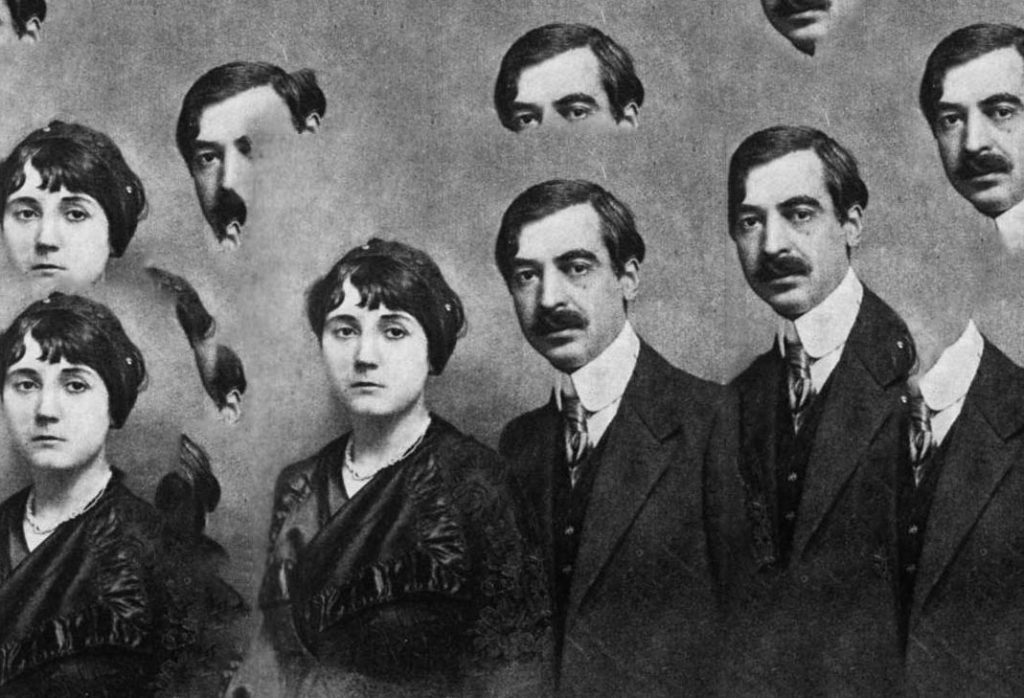 Peyo Yavorov was one of the most brilliant Bulgarian poets. Equal parts tender and brooding, his love poetry grabs you by the throat and demands an intimate, sacred, hushed attention. Yavorov is a mainstay of the Bulgarian literary canon, but his work and life story are so much more. Today I’m sharing a brief historical background of the poet (loosely collected from an obsessive reading of sources) and my own translations of two of his most well-known romantic poems.

Yavorov was part of the Symbolist movement, utilizing natural imagery and metaphors to convey the universal and the spiritual, tackling themes such as love, purity, trust, temptation, and predestination. In the Symbolist Manifesto (“Le Symbolisme”) published by Jean Moréas, Greek poet, essayist, and art critic, symbolism sets out to “clothe the Ideal in a perceptible form” and to reject “plain meanings, declamations, false sentimentality and matter-of-fact descriptions.”

This particularly applies to Yavorov’s love poetry, where a lover’s beauty or their bond transcends the exact circumstances of the relationship to an abstract, fated realm where every glance, encounter or turmoil feels pregnant with ethereal significance. His romantic works were inspired by two women, Mina Todorova and Lora Karavelova, to whom he dedicated his poems. He met both of them in the grave 1906 and first went on to charm the 16-year-old Mina through a series of letters. “I can’t make sense of what will come out of this. I am so young, and you are a poet,” she replies to one of them on September 25th, the same year.

They continued their long-distance correspondence and last saw each other on June 18th, 1909 in Sofia, promising to see each other in that exact spot in two years time, despite her family’s disapproval of their relationship. Mina falls ill with tuberculosis and is sent to Paris for treatment. Desperate to see her, the poet travels to France but is once again forbidden from meeting her. She passes away on the night of July 13th, 1910, and he spends the next six months until December 26th in Paris, visiting her tomb every single day.

The poems dedicated to her extol innocence, purity, and the ideal of beauty. The love for Mina was characterized by a sacred longing for harmony and the desire for two souls to come together as one, without any hint of eroticism. Two Lovely Eyes is devoted to Mina, and it’s a palindrome poem (mirroring its content from the front and the back). Pay attention to how the punctuation alters the meaning.

Meanwhile Lora Karavelova, daughter of politician and four-time Prime Minister Petko Karavelov, was leading a turbulent life of her own, first trying to elope with a diplomat only to be forcefully married to another man. Lora was beautiful, artistic and well-educated. After her fateful introduction to Yavorov in 1906 and them living their separate dramas, Lora learnt of his heartbreak and Mina’s tragic fate. Impressed by the story of him visiting his beloved’s grave every day for six months, she supposedly confronted him at the site of Mina’s tomb, confessing her feelings for him.

Yavorov initially rebuffed her, but soon enough Lora filed for divorce and the two got married, which would only lead to an even darker tragedy. Lora was beautiful, artistic and intelligent, but also extremely melancholy, insecure and jealous, especially with Yavorov’s rising popularity and his many female admirers. They constantly quarrelled about his alleged infidelity, which impacted his creative work and put further strain on their relationship.

After a dinner with another couple where Yavorov was getting too much attention from his friend’s wife, the couple started their usual fight until Lora swiftly entered his study and proceed to shoot herself through the heart with a gun. Yavorov was so shocked by her suicide that he took the gun and made an unsuccessful attempt at his own life. The bullet went through his temporal bone, leaving him blind and having to deal with the rumors of killing his wife and the subsequent charges and  trial that ensured. Society considered Yavorov guilty even after he was acquitted, and in a stroke of final despair, the poet poisoned and shot himself in the autumn 1914, at the age of 36.

The poetry devoted to Lora is more sensual, aware of the darker side of humanity as well as physical pleasure. She exemplified the contradictions of heaven and hell, temperance and indulgence. The desired intimacy falling short to the painful reality of the relationship, full of questioning, sin and redemption.

After her death, Yavorov did not produce any new material but spent his time revising, editing and arranging old work. One such poem is the haunting “Sigh,” originally written in 1906, whose title he scratched and devoted “To Lora,” adding an epigraph “Dragalevski Monastery, August 1906,” the site of their first meeting. In his testimony to the appellate court about her death, Yavorov confided: “Our destiny was sealed the day we first held each other’s hand.”

If you enjoyed this post on Peyo Yavorov’s love poetry, complement it with the much different, contemporary love verse of pop star Allie X or another haunting, melancholy exploration of love in a song by Hercules & Love Affair.